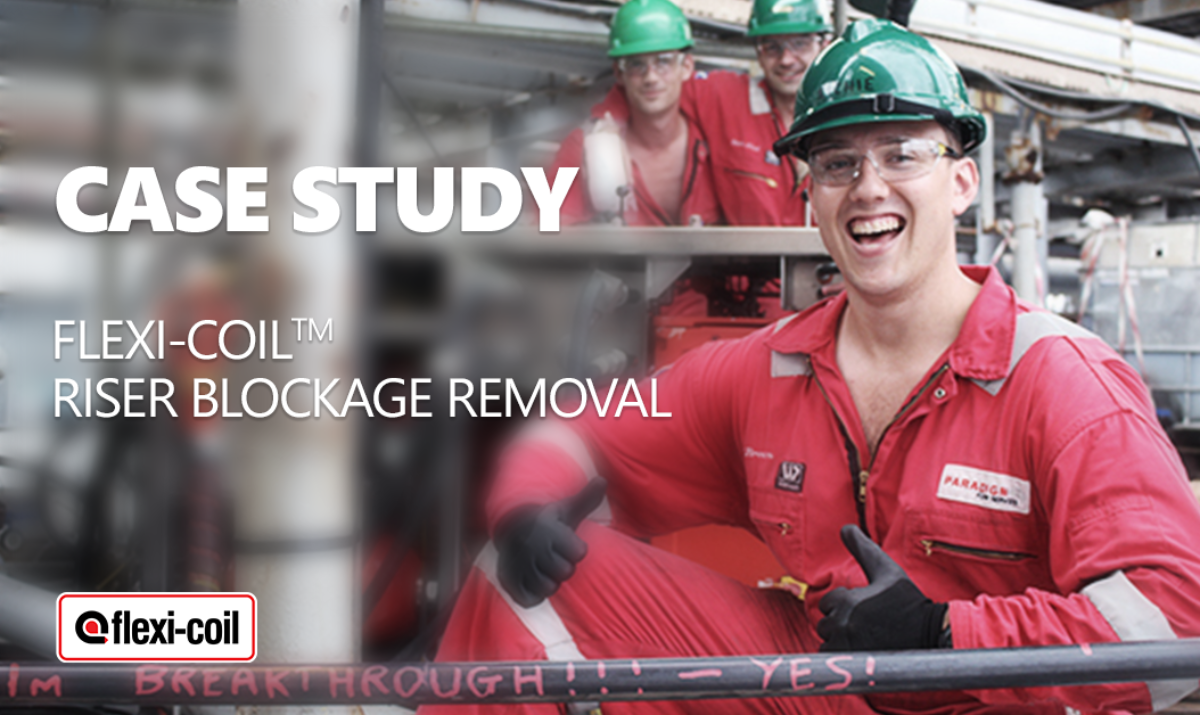 An Operator in West Africa had a 490m long sand blockage in a 6” production riser back to an FPSO. The client was planning a conventional cleaning campaign using a drilling rig and standard coil tubing, but with estimated intervention costs reaching over $30 million other options were required.

The only rig up area available was on the port side of the vessel, with the riser on the starboard side, and no equipment could be rigged up above the riser due to lack of space at this entry point. Previous experience dictated that the riser would have to be removed and hung underneath a nearby drilling rig to allow conventional intervention. An operation which would have taken many weeks of drilling rig time and required a shutdown in production due to drilling rig proximity to the flare.

Paradigm’s Flexi-Coil is an extremely mobile system which allowed the equipment to be rigged up without crane support and a flexible lubricator run to the tie-in point.