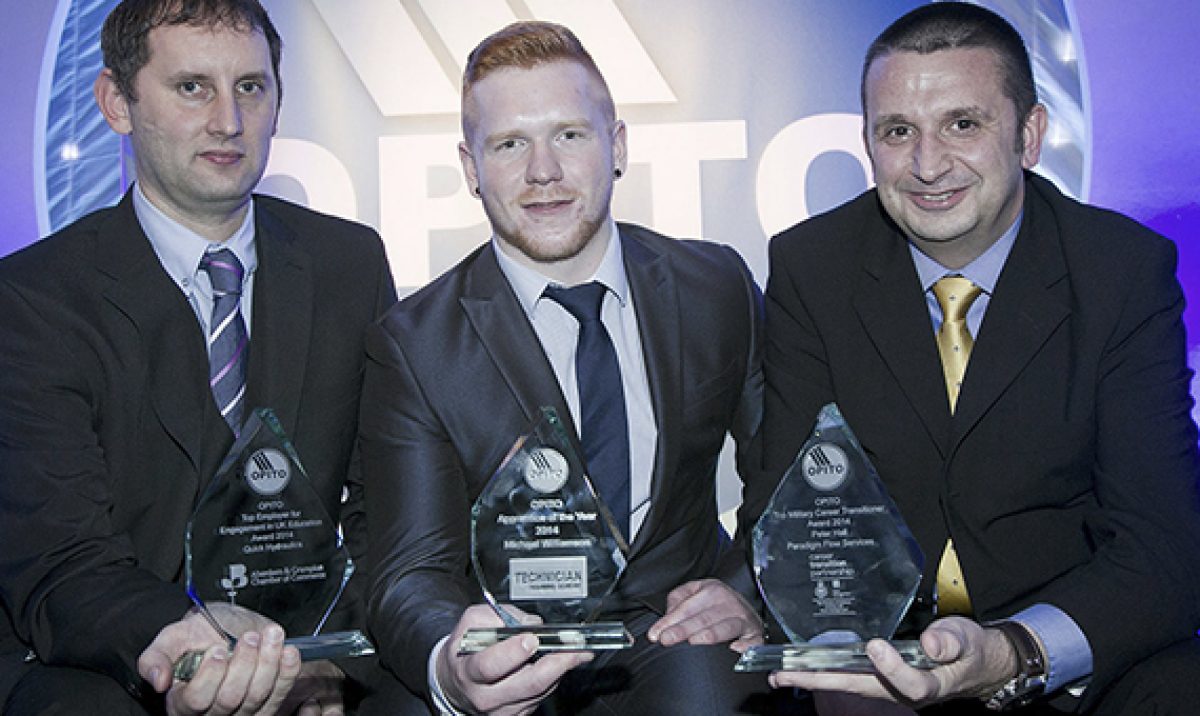 Paradigm Flow Services is celebrating the success of one of its employees at the inaugural OPITO Skills Awards.

The award seeks to recognise ex-military personnel who have made the transition from the Forces to the oil and gas sector and delivered tangible benefits to their employer.

Mr Hall said: “It is a real privilege to win the Top Military Career Transitioner award. It’s very humbling to be recognised in this way.

“I served in the RAF for 27 years as an engineer and undertook HSE qualifications during that time. When I decided to leave and take up a new challenge I knew my skill set would be well suited to the oil and gas industry. I’ve had great support from my colleagues at Paradigm Flow Services and I’d like to thank them for nominating me.”

In the 12 month period since Mr Hall joined the company, the number of minor incidents onshore and offshore reduced by 86% compared to 2013 and there have been no major accidents/incidents or near misses. This is despite the fact that in the same period there was a 66% increase in manpower and man hours in Q2 had increased by 49% over Q2 last year.

Rob Bain, managing director of Paradigm Flow Services, said: “We knew that Peter was the ideal candidate for this award. Since joining the team, Peter has put his stamp on HSSEQ in Paradigm Flow Services transferring his skills into his new career. He always demonstrates his personality and enthusiasm and has created a fantastic health and safety culture that has encouraged employees to be more forthcoming with health and safety matters they are spotting. Peter leads by example with high standards of work and encourages others around him to do the same.”

Since the company’s formation in 2010, Paradigm has brought a number of patented technologies to the global oil and gas industry which help operators meet fire safety requirements and also maintain production by detecting, remediating and preventing subsea and topside blockages.

The Aberdeenshire based company now employs 75 people and has delivered contracts worth more than £10.0 million in the first 9 months of this year.